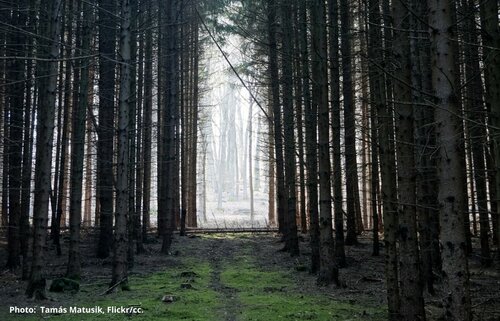 On June 2020, the Hungarian Constitutional Court improved the nature conservation and biodiversity objectives of forested Natura 2000 sites. Hungarian civil society organisations welcomed the decision and hope that it will improve the health of Hungarian forests while signalling the end of clear cuts in protected forests.

To understand this momentous court ruling requires a short overview of recent forest legislation in Hungary. In 2009, the Hungarian Parliament adopted the new Forest Act, with broad consensus and the involvement of various stakeholders. It contained many forward-looking regulations to ensure the protection of Natura 2000 forest areas and forest-dwelling animals.

In 2017, strong pressure from the forestry sector led to the Act’s most ambitious provisions being watered down. Civil society organisations, including WWF Hungary, Birdlife Hungary (MME) and the Association of Hungarian Conservationists (Friends of the Earth Hungary), lodged a complaint with the Commissioner for Fundamental Rights, who referred the matter to the Hungarian Constitutional Court.

In its June 15 ruling, the Court annulled many of the 2017 amendments on the grounds that they violated the Constitution. Welcomed as a big win by the environmental sector, this ruling could also have implications for forestry, forest protection and Natura 2000 sites beyond Hungary. The conclusions included that:

This landmark ruling comes at the same time as Hungary, like many other EU member states, has announced it could increase harvesting so intensively that its forests will no longer be a net absorber of carbon dioxide. We hope this court ruling turns this situation around in Hungary as soon as possible.

Go back to the main page     Sign up for Forest Watch