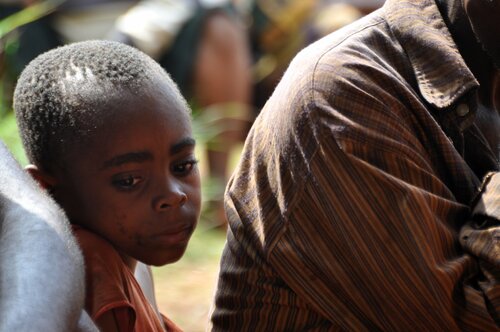 Almost half of Cameroon is covered by forest, and the sector plays a critical role in the country’s economy.

Yet Cameroon’s forest communities continue to suffer from the exploitation of their forests – while the financial benefits go largely to the elites.

In 1994 Cameroon introduced a forest code forcing logging companies to pay an annual tax based largely on the area of their timber concessions.

This money would be shared between the central government, local councils and the communities living by the forest concessions, and is known as the annual forestry royalty (Redevance Forestière Annuelle, RFA).

For years, the amount forest communities received under the RFA was fixed at 10 per cent of the total fee paid by logging companies.

Yet these payments happened only intermittently. Corruption and a lack of transparency were largely to blame.

Even worse, for the past two years Cameroon’s government decided not to pay any of the RFA fee to communities at all.

At the end of last year, determined campaigning by forest communities and NGOs led to the government reversing its decision; although now the communities will receive a lower amount of  6.75 per cent of the RFA.

This is nowhere near enough.

For beyond the technocratic detail of Cameroon’s laws, lies the grim reality of forest communities’ lives - which have benefitted little from the abundant natural resources around them.

That reality is highlighted in these pictures.

Her images show people mired in poverty, and amenities which were meant to be funded from logging revenues – including schools and bridges – half completed, poorly constructed or without maintenance.

All the while, Cameroon’s forests disappear at an alarming rate.