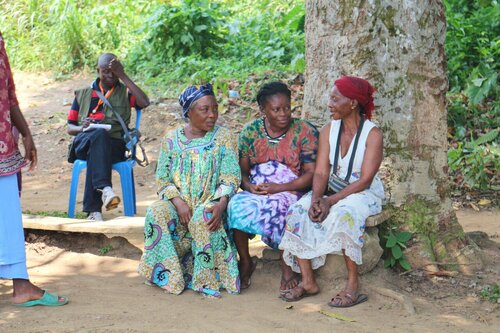 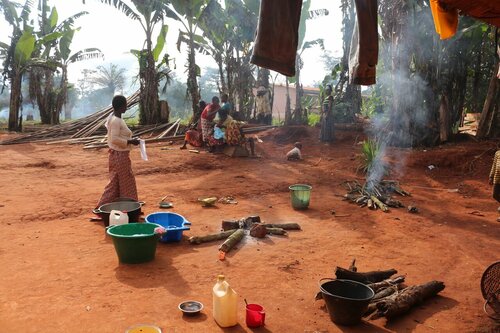 A light breeze of democratisation is blowing through the Congo Basin – and it is being driven by civil society.

In the Central African Republic (CAR), civil society is playing a key role in rebuilding a nation torn apart by civil war. In Cameroon, it is pushing for democratic reforms in the face of often fierce government pressure. In the Republic of Congo (Congo), civil society is alerting to human rights abuses against indigenous communities and dissenting voices. And in the Democratic Republic of Congo (DRC), it’s playing a vital role in providing humanitarian assistance in conflict prone regions, and supporting social and economic development.

As well as campaigning for the strengthening of political and social rights, many civil society groups in the Congo Basin are also demanding that ordinary people have the right to benefit from their nations’ natural resources, and that they are protected for future generations rather than pillaged by powerful elites.

Forests are a prime example.

At nearly two million km2, the Congo Basin is the world’s second largest tropical forest after the Amazon. It’s a breadbasket for millions: a source of meat, wild fruits, vegetables, spices, medicine and building materials. It also plays a crucial role in regulating the global climate and the flow of water.

While the Congo Basin forest has long been exploited by industrial loggers, hunters and farmers, it remains mostly intact compared to other tropical ecosystems like the Amazon or the Mekong region. But concerns are growing that the demand for commodity crops and timber which has ravaged the forests of the Amazon and Southeast Asia is spreading to Africa. Already millions of hectares of land in sub-Saharan Africa have been acquired by large-scale landholders for palm oil, rubber and cocoa.

The battle to save the Congo Basin forest from agricultural plantations and logging is largely being led by civil society.

In Cameroon’s southern coastal town of Kribi last month, civil society groups from CAR, Cameroon, Congo, DRC and beyond gathered to share knowledge and views of the best way to make a difference. The answer, most agreed, lies in community forestry.

“People have lived in these forests for generations and managed to protect them,” said Maixent Agnimbat from the Forum pour la Gouvernance et les Droits Humains (FGDH), an NGO based in Congo. “Who are we to teach them how they should live, to take forests away from them or deny their traditional knowledge?”

It was a view echoed by Guy Julien Ndakouzou, of Centre pour l’Information Environmentale et le Développement Durable (CIEDD) from CAR: “People will conserve biodiversity, reduce deforestation and manage forests sustainably when they get direct regular benefits from them and when they can fully participate in decision-making processes regarding those forests,” he said.

“Giving communities legal rights over their forests is vital,” said Inès Gady, of Comptoir Juridique Junior in Congo: “Where communities are not empowered to manage their forests and are unable to derive benefits, they are not encouraged to invest in the long-term management of the forests. To address this, communities should be given tenure of their forests.”

Agreement that community forestry can help end the threat to the Congo Basin forests and improve local livelihoods was unanimous among those attending. And their belief is one based on sound evidence from around the world.

A growing body of research shows that forests are best protected when they are owned and managed by the communities that depend on them. In 2014, for example, the World Resources Institute (WRI) published detailed evidence showing the significant social, economic and environmental benefits generated by giving indigenous people secure tenure rights.

The reason is straightforward: communities who have rights to resources protect them, while communities without rights to them have no reason to. So, as Andrew Steer the head of the WRI has said: “If you want to stop deforestation, give legal rights to communities.”

Forests and people in the Congo Basin are intrinsically linked; protecting the latter means giving a chance to the former. As participants at the conference concluded, if those who depend closely on forests to survive are not taken into account, then saving forests will become an empty and distant promise.