What’s the issue?
Watch the video to find out

Why is Forest Governance important?

The destruction of the world’s forests has many causes. Corruption, failures in accountability and transparency, as well as non-existent or insecure land tenure rights are chief among them. Tackling these issues - and ensuring that forests are managed justly and sustainably - requires structural change. And this means giving a voice to those historically denied one, including forest communities. Specific emphasis must be put on supporting those often denied power within communities, including women, and Indigenous Peoples.

Fern's work on this issue

Fern and our partners recommendations

To ensure that forest communities have stronger rights to their forest and benefit from transparent and inclusive forest management practices and processes.

What are we doing?

Working with partners in tropical forested countries to strengthen forest governance. Our main focuses are: The Voluntary Partnership Agreements (VPAs), timber trade deals, that give forested countries privileged access to EU markets if they reform their forest laws, and implement them properly. And Nationally Determined Contributions (NDCs), the climate pledges countries made under the Paris climate agreement.

What needs to happen to achieve our goals?

The EU needs to strengthen its resolve to implement the VPAs and support forest governance measures in the NDCs.

Illegal logging has a devastating effect on communities and biodiversity. It causes vast carbon emissions and can keep poor countries in a dangerous and damaging cycle of poverty and corruption. Despite this, illegal timber and wood-based products are unwittingly bought by consumers and companies, undermining efforts to deal with the issue by making illegal logging financially viable. Illegal logging is however also often an integral part of the economy, providing support for political parties and local communities. The challenge is therefore to tackle the root causes of illegality, which include corruption, lack of clarity about land rights and the excessive influence of the timber industry over forestry policies and legislation.

Legal forest use, when based on laws that are environmentally sound and socially just, can ensure environmental protection whilst providing livelihoods to some of the world’s poorest peoples. The EU Forest Law Enforcement, Governance and Trade (FLEGT) Action Plan, and especially the Voluntary Partnership Agreements (VPA) between wood producing countries and the EU, aim to ensure that wood being sold in the EU can be shown to be legal.

VPAs are based on the national laws of each producing country, and to date all VPAs are endorsed by the government, civil society and companies. The law that needs to be enforced is agreed after an in-depth assessment of its relevance, and reforms to address weaknesses are made when they are deemed necessary. They ensure that wood can be traced from tree to the point of export. The result is that people in forest rich (but often poor) countries won’t have their precious resources stolen, and consumers can be more sure that they are not harming people and forests with their purchases.

Watch the Story of FLEGT

What is a Voluntary Partnership Agreement (VPA)?

Illegal logging undermines responsible forest management, encourages corruption and reduces income of the producer country; it has serious economic and social implications for the poor and disadvantaged. One of the key elements of the EU’s Forest Law Enforcement, Governance and Trade (FLEGT) Action Plan to tackle illegal logging are Voluntary Partnership Agreements (VPAs). These agreements between wood producing countries and the EU aim to ensure that wood being exported to the EU is legal and that forest governance in the exporting country is improved. VPAs work by tackling the root causes of illegality, which include corruption and lack of clarity about land rights.

Every VPA has been based on the national laws of the timber producing country and has been negotiated in a fully participatory process, with social and environmental NGOs, community representatives, the timber industry and the government around the table. To date, all three signed VPAs have been endorsed by the government, civil society organisations and timber companies.

It is hoped that, once implemented, VPAs will contribute to improved forest governance and recognition of tenure rights of forest communities; help regulate the trade in illegal timber and reduce corruption.

In order to be successful, VPAs must:

How can the EU stop imports of agricultural commodities that cause deforestation?

The EU has already regulated supply chains in other sectors such as illegal timber, conflict minerals and illegal fishing. To reduce its forest footprint, the EU must regulate European trade and consumption of so called "forest-risk commodities" such as soy, palm oil, beef, leather and cocoa.

Fern therfeore campaigns for an EU Action Plan to Protect Forests and Respect Rights. As part of this work we research the supply chains that connect EU consumers to deforestation. We also work with NGOs and companies to see how the EU regulates other supply chains.

Learn more about the campaign to stop agricultural deforestation

What has been achieved so far

The G8’s Foreign Ministers launch an “action programme on forests” to tackle the continuing pressure on the world’s forests.

The European Commission hosts an international workshop to discuss how the EU should combat illegal logging.

Launch of the Congo Basin Forest Partnership which aims to tackle the significant threats to the world's second-largest tropical forests.

The Commission presents its FLEGT Action Plan, adopted by the Council in October 2003 with a set of conclusions.

VPA enters into force in Ghana.

VPA enters into force in Cameroon.

VPA enters into force in the Central African Republic (CAR).

VPA enters into force in Liberia.

The VPA between the Republic of Congo (RoC) and the EU enters into force.

VPA enters into force in Indonesia.

Launch of the Central African Forest Initiative (CAFI) which aims to implement reforms and enhance investments to effectively address the drivers of deforestation in Central Africa.

The EU Court of Auditors releases an evaluation of EU support to timber‑producing countries under the FLEGT Action Plan.

Indonesia – where illegal deforestation was once endemic – becomes the first country in the world to export FLEGT licensed timber, guaranteeing that timber has been harvested, processed and exported legally.

Publication of the Brazzaville Roadmap which aims to achieve more efficient and participatory forestry.

Vietnam’s VPA with the EU enters into force.

Ghana and EU publish a joint assessment of Ghana’s readiness for FLEGT licensing.

WHAT NEEDS TO HAPPEN TO ACHIEVE OUR RECOMMENDATIONS?

Receive news from the ground

Subscribe to our new 'Forest Governance' newsletter and find out what our partners have to say:

What do NGOs think about EU’s response to the COVID-19 crisis?

Find out how the European Green Deal can strengthen partner countries' recovery from the COVID-19 crisis:

Find national resources looking at FLEGT, REDD+ and Community Forestry on this platform co-managed by Fern and its country partners: 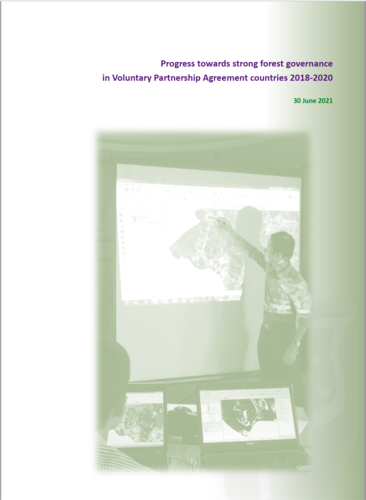 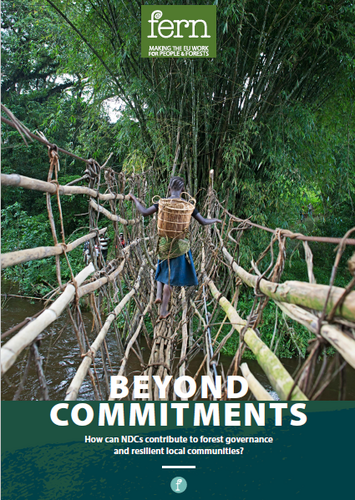 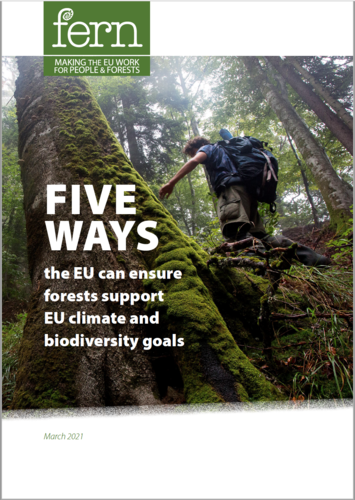 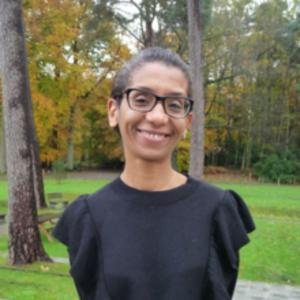 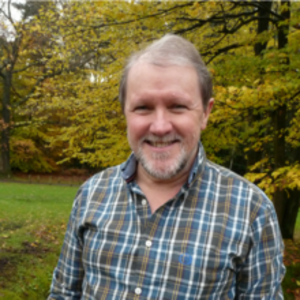 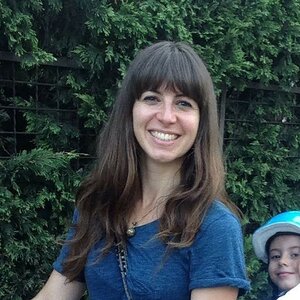