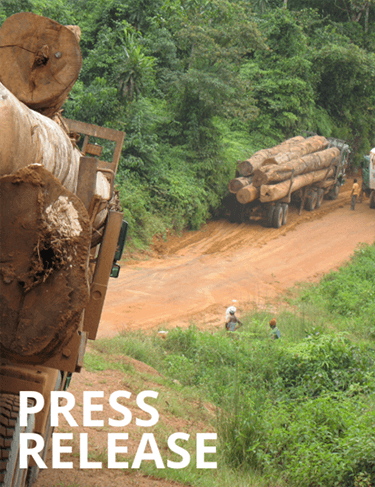 The EU has opened the door to regulating supply chains to minimise the risk of deforestation associated with commodity imports to the EU. Fern welcomes this long-awaited move with cautious optimism and looks forward to working with the next European Commission on developing such a regulation, provided it pays equal attention to human rights. Fern believes actions, not words, will determine whether the EU is serious about tackling the impact it has on forests, and the millions of people that directly depend on them.

“The Commission has finally opened the door to regulating the EU’s imports of commodities like palm oil, beef, soy and cocoa, which are the main drivers of worldwide deforestation and heavily associated with human rights abuses.

With a football pitch of forest lost every second, there is literally no time to lose. This requires swift follow-up by the next Commission.

Our message today is to Ursula von der Leyen: we desperately need new laws that require companies to demonstrate that goods they put on the EU market are not tainted with deforestation or human rights abuses,” said Hannah Mowat, campaigns coordinator at forests and rights NGO, Fern.

Eighty per cent of global forest loss is due to the conversion of forest to crops and pasture. Agricultural deforestation happens because of increased global demand for agricultural commodities, notably due to the EU’s demand, national policies that aim to meet and stimulate that demand, and trade and finance policies that facilitate their sale and transport.

Fern’s cautious optimism was mirrored by civil society in Ghana, where deforestation increased by an astonishing 60% in 2018, driven largely by the production of cocoa, much of which is destined for the EU - the world’s largest importer, processor and consumer of the commodities.

“Addressing deforestation is not possible without addressing the EU’s demand for the goods which drive it. But it also requires getting to the root cause of forest loss in forested countries.

We therefore welcome that the Commission is prioritising working in partnership with producing countries to reduce pressures on forests and deforestation.

As  it did in fighting illegal timber, the EU must use its market leverage to start discussions in producer countries about forest governance and concession allocation,” said Obed Owusu-Addai, campaigner at EcoCare, a Ghanaian rights-based campaign and advocacy NGO, which focusses on community rights and forests.

The European Commission also proposes to “promote trade agreements that encourage trade in agricultural and forest-based products not causing deforestation or forest degradation”. It also foresees “incentives to trade partners to address deforestation”.

“This Communication recognises that trade with highly forested countries can have a negative impact on forests.

We therefore welcome today’s proposals to include specific provisions to ensure the trade in agricultural commodities doesn’t lead to deforestation and forest degradation, provided they are legally binding and enforceable.

Unfortunately the Mercosur Agreement lacks any specific provisions in this regard, and hence we call on it to be rejected” Mowat concluded.

Nearly three-quarters of all tropical deforestation between 2000 and 2012 was caused by commercial agriculture. According to its own calculations, the European Union is one of the biggest importer of agricultural commodities.

The publication of this document follows multiple calls for an ambitious EU Action Plan on Deforestation, coming from Member States, the European Parliament, citizens and NGOs.

A recent poll of European citizens found 87% supported new EU laws to ensure that the food they eat and the products they buy don’t drive global deforestation. France, Belgium, the European Parliament, chocolate companies and NGOs have all called for regulatory measures.

Despite 470 companies already making commitments to halve or eliminate deforestation from their supply chains, one football pitch of forest was lost every second in 2017, harming forest communities and emitting 10 per cent of global greenhouse gas emissions.