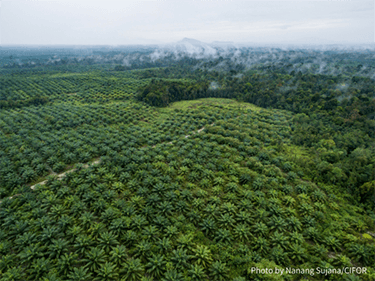 On 5 June 2018, the European Commission organised a civil society dialogue to discuss the upcoming Sustainability Impact Assessments (SIAs) that are intended to inform EU trade negotiations with Indonesia, Malaysia and the Philippines. Development Solutions, the company carrying out the SIAs, released its inception reports which, among other things, outlines the methodology and identifies sectors where social, human rights and environmental impacts will be assessed.

At the meeting, NGOs reiterated social and environmental concerns expressed in a joint statement during the fourth round of negotiations toward an EU-Indonesia Free Trade Agreement (FTA).

For instance, the inclusion of palm oil in the negotiations has been one of the most visible – and heated – issues in the debate, because increased trade in palm oil and other commodities driving deforestation will undermine EU commitments to achieve zero deforestation by 2020.

In addition, human rights and environmental groups operating in Indonesia have reported that the large-scale clearing of forests resulting from investments in mining has led to human rights violations: illegal land grabs and the displacement of indigenous populations. The possible inclusion of investment and public procurement chapters in the FTA could increase human rights violations and deforestation.

NGOs are worried the human rights dimension will be overlooked. The 2011 UN Guiding Principles on Human Rights Impact Assessments of Trade and Investment Agreements should be a guiding light since they provide important insights into how human rights impact assessments can ensure that FTAs are consistent with their obligations under international human rights law.

Finally, NGOs are concerned that the Indonesia SIA will amount to an elaborate exercise in ticking boxes, particularly since trade negotiations are running parallel to SIA formulation. No indication has been given about how the Commission and the Council will integrate SIA recommendations into negotiations to mitigate potential negative impacts.

An FTA between the EU and Indonesia should only be concluded if helps address climate change, protect forests and respect human rights.

A new round of negotiations toward an EU-Indonesia FTA will take place in Brussels in mid-July 2018.