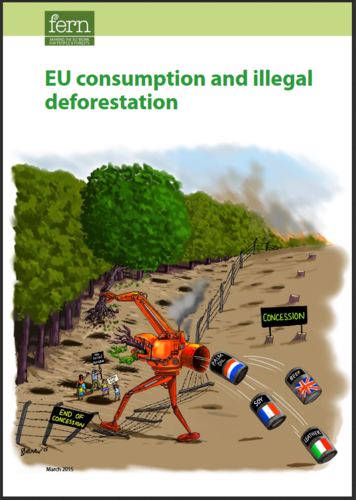 Half of all tropical deforestation since 2000 has been caused by illegal clearance of forests for commercial agriculture. This briefing is a summary of Fern’s new study "Stolen Goods",  which reveals that the EU is one of the largest importers of products resulting from illegal deforestation. The report makes calculations in terms of forest lost as well as value of goods traded. The study estimates that in 2012 the EU imported EUR 6 billion of soy, beef, leather and palm oil that originated from land illegally cleared of forests in the tropics – almost a quarter of the total world trade in illegally sourced agricultural commodities.