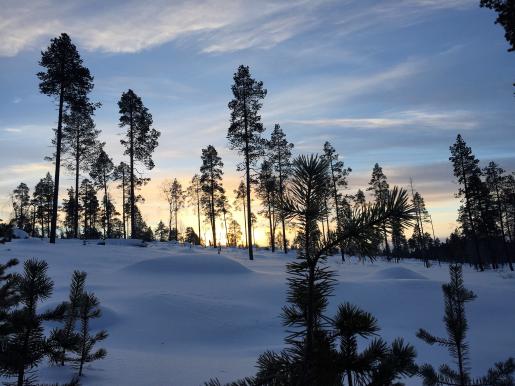 A 24 March 2017 letter signed by 68 Finnish scientists stated that Finland’s plan to increase harvesting by up to 25 per cent would “accelerate climate change” because “the increase in the harvesting of wood will decrease the carbon storage of forests. From an atmospheric viewpoint, the sink-reduction impact of harvesting trees is similar to the actual emissions.”

This was followed by a European Parliament event hosted by MEPs Sirpa Pietikainen and Paul Brannen, at which two of these scientists, Sampo Soimakallio (Finnish Environment Institute) and Tuomo Kalliokoski (University of Helsinki, joint-author of a Finnish Climate Change Panel report) shared their concerns that Finland’s tree harvesting plans would have a negative impact on the climate for decades to come. Such statements back up Fern’s recent investigation which showed that existing harvesting levels are already having a drastic impact on the indigenous Sámi people living in the North of Finland, who told Fern that the high levels of logging meant their survival was threatened.

While nine other forested countries, including Austria and Estonia, support Finland’s proposal, several other Member States are in favour of the Commission’s proposal. Among these, Germany, Italy, Portugal and Denmark believe that the Commission’s proposal to count emissions resulting from more intense wood harvesting is reasonable and necessary. At the Parliament event, Silke Karcher, head of climate at the German Ministry of Environment, underscored that a failure to count emissions from bioenergy under the LULUCF regulation, as per the Finnish proposal, would not only diminish the rule’s effectiveness, but also set a bad international precedent.

Several countries, including Spain, Sweden and France have yet to decide how to count emissions from their forests, although there are concerns that high levels of harvesting foreseen in France may mean that France will also favour the short-term national interest over long-term environmental integrity. The European Council is set to discuss LULUCF on 19 June 2017; they must keep in mind that the climate will not be fooled by accounting tricks.