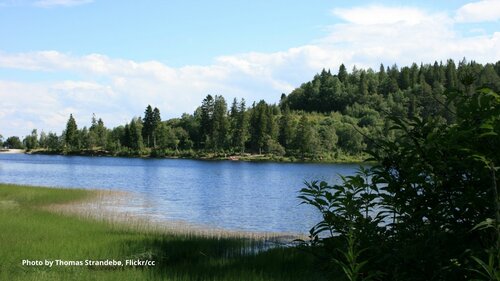 EU heads of state made new commitments to protect the world’s forests at the One Planet Summit, hosted by French President Emmanuel Macron, 11 January 2021.

More than 50 countries joined a pledge to protect 30 per cent of the planet’s land and oceans by 2030, including 15 EU countries (Czech Republic, Denmark, Finland, France, Germany, Greece, Ireland, Italy, Luxembourg, Netherlands, Portugal, Romania, Slovakia, Slovenia and Spain) and the EU itself. Sweden, sometimes portrayed as an environmental leader, did not sign up despite previously approving European Council Conclusions welcoming such targets for the EU. France and the UK said they would earmark 30 per cent of their overseas public climate funding for nature-based solutions, and Germany announced a Legacy Landscape Fund to halt biodiversity loss in developing countries.

The 30 per cent protection goal is welcome insofar as it concerns European forests. Fern urges caution, however, in the case of tropical forests, where communities often lack statutory recognition of their traditional rights to land. In such situations, the creation of protected forest areas can often lead to human rights abuses, such as forced evictions, torture and even murder.

European countries must ensure they do not fund nature-based solutions unless community land rights are secured, and must place the recognition of these rights at the heart of their advocacy on global nature protection goals. Evidence shows that recognising community tenure is the most effective way to protect and restore both biodiversity and carbon.

The French Government and Dutch Prime Minister Mark Rutte also called for a European due diligence regulation to tackle deforestation from imported commodities. Member of the European Parliament Pascal Canfin reiterated the Parliament’s support for such regulation. The European Commission plans to put forward a regulatory proposal in the second quarter of 2021. Fern urges the Commission to ensure that respect for human rights, particularly as concerns customary land tenure, is included in their proposal.