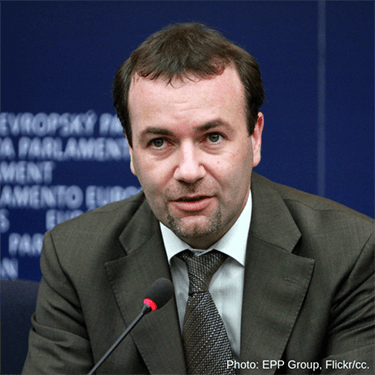 The EU should eradicate child labour in its supply chains by making this a clause in trade agreements, says Manfred Weber, one of the front-runner candidates for the next president of the European Commission. The proposal was one of twelve priorities Weber would pursue if chosen, he announced at his campaign launch on 24 April 2019.

The proposal falls quite a long way short of calls by his fellow Christian Democrat Gerd Mueller, the German development minister, who has been actively campaigning for an EU regulation requiring companies to address all human rights abuses, not just child labour. It also falls short of the general direction of travel within the cocoa industry – one of the sectors with the highest rate of child labour – where front-running companies have been calling for an EU Due Diligence Regulation covering human rights abuses and deforestation (FW 244), rather than an approach specifically focused on child labour.

The fact that the centre-right European People’s Party candidate recognises the need to address negative impacts of EU imports is welcome nonetheless, given that he has a strong chance of becoming the next European Commission president.

The announcement comes on the heels of the release of the 2018 Global Forest Watch, an NGO-led initiative that uses satellite images to track deforestation. Results showed that Ghana and Côte d’Ivoire, the world’s two largest cocoa producers, had the highest increases in deforestation in 2018. With 60 per cent of this cocoa headed to the EU, urgent action from the European Commission is needed.