The Netherlands has much to fear from climate change and rising sea levels, but is the worst-performing country in Europe on climate and energy targets – even bringing new coal plants into operation in recent years. Ahead of the Paris Climate Conference, 64 Dutch scientists urged their government to close all coal plants before 2020.

Closure of the plants would affect the Netherlands’ ability to reach its 2020 renewable energy target, as approximately 75 per cent of the renewable energy consumed in the country is bioenergy, which largely translates to co-firing of biomass in existing coal plants.

The scientists nonetheless argue that closing the plants should be prioritised over biomass co-firing in order to mitigate CO2 emissions. They underscore that co-firing biomass with coal delays the transition to renewables; it also raises concerns over air pollution, environmental impacts, uncertainties about actual CO2 reductions, and over the efficiency of burning biomass, a limited resource. 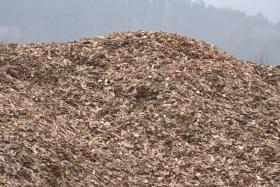 Notably, the scientists indicate that almost two-thirds of the cost of coal plant closure would be recovered in saved subsidies to co-firing.

Large-scale bioenergy is increasingly criticised, as its destructive impact on forests and land use becomes more apparent. Fern believes subsidies should first be directed toward genuine solutions, such as energy efficiency measures and the development of wind and solar. As the EU considers its 2030 renewable energy and sustainable bioenergy policies, the scientists’ call should be an invitation to other governments in the EU, particularly the UK, to re-consider subsidies to large-scale co-firing of biomass in former coal plants.