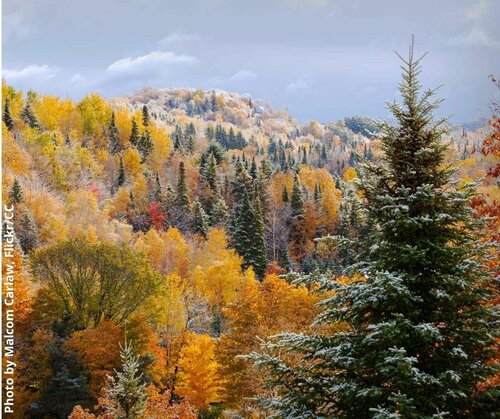 The EU Forest Strategy leaked in June 2021, appears to show that, rather than bowing to the logging industry, the European Commission is trying to steer a new path for forests, one where the EU is able to monitor forests and encourage management practices that are better for the climate, nature and people. One in which forests are a public, not just a private good. The leaked Strategy contains, for the first time, proposals that start to achieve this.

The logging industry jumped on the leak with lobby documents sent to Commission officials. The Swedish Forest Industries threaten that the Forest Strategy would fuel nationalist and anti-EU sentiment in reaction to an EU proposal that calls for more democracy in decision-making and increased transparency of data. The joint statement seems to include veiled threats. By stating that “ignoring” them “will result in a failure to implement the Strategy”; they appear to be saying ‘we won’t do it’.

DG Energy is also unhappy with the Strategy's potential impact on the bioenergy industry. But forests are not only a source of fuel-- they are also a key bulwark against the climate crisis.

What were the radical new proposals that inspired such a heated reaction?

Small, positive forward steps such as:

Four pan-European networks, including the youth climate campaigners Fridays for Future, and 68 organisations from 20 countries across Europe, have therefore called on the Commission to support a strong Forest Strategy calling for better data and transparency. Over 1,000 progressive French foresters supported the draft that is now being attacked by larger industry groups. Even the Finnish environment minister called out her government for behaving badly.

The call for accountability and transparency in the Forest Strategy is needed to stop unfettered destruction as attested by recent reports of logging in old-growth Estonian and Polish forests. The Forest Strategy is expected to be published next week on 14 July. Given the current poor and deteriorating state of EU forests, forest management clearly needs to improve, and the draft Strategy moves us toward that improvement. The Commission must be bold enough to stay the course.